On May 30th we had the privilege of attending the San Diego Padres baseball game for free courtesy of the Padres and VetTix, a benefit they extend to active duty and military veterans. It is really nice to be in a city that truly supports the efforts of the military.

The game got off to a slow start with a few innings of strike-outs, but then the momentum got going for both teams and the battle was on. The game ended with a Tampa error that allowed the Padres to advance the game-winning runner across home plate. The game finished with cheers and fireworks over the stadium.

The cuisine at the stadium was a bit unexpected though. Sure they had the normal nachos and hot dogs, but they also had brisket sandwiches, ice cream, loaded nachos, pizza, and many other more ‘upscale’ dishes from which to choose. Heather and I split the brisket sandwich and loaded nachos, which both got two thumbs up from us.

It was a fun night for all, and the kids enjoyed learning about how the game is played. We have watched a few games on TV and attended a Minor League game back in Springfield, MO, but the kids were more interested in watching the mascots and other activity around the park than actually paying attention to the game. 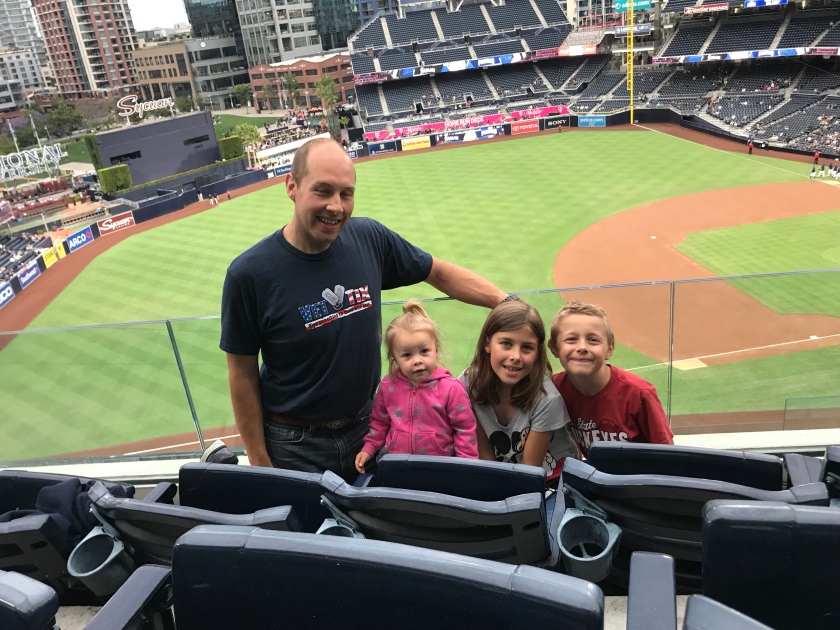 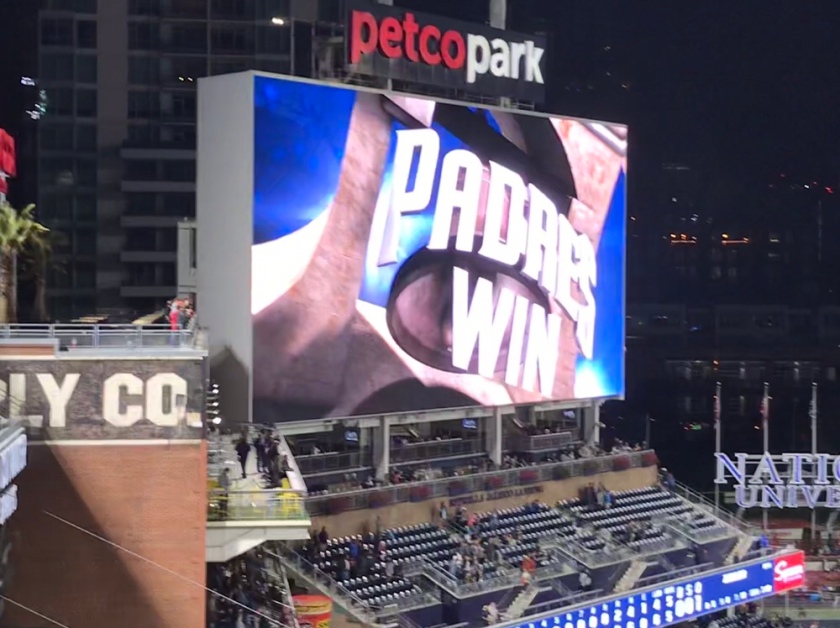