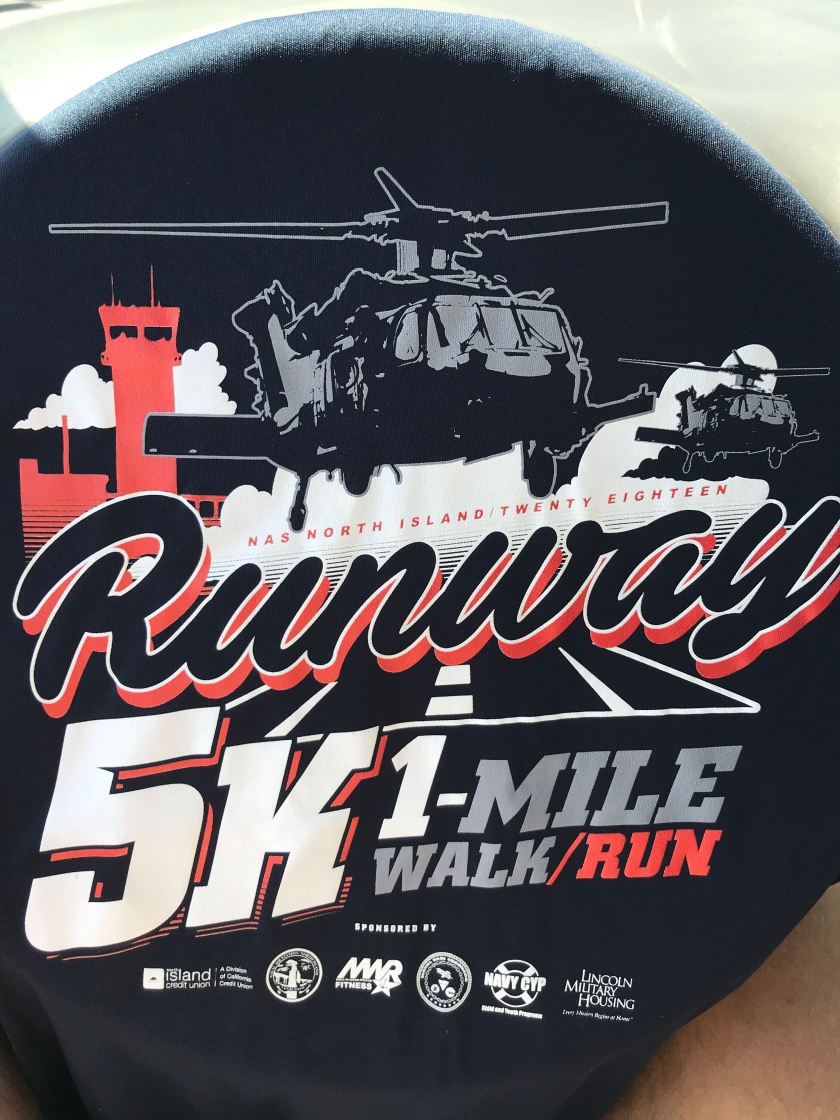 Many people that read this may have completed a 5K. I have personally completed a number of 5K runs, some official events, and some just on a whim while working out. However, how many people can say they have done so on the runway of an active airport? Well, that is exactly what I did yesterday. Since joining the military I have had the opportunity to experience many new and different things, and yesterday added to my list of cool things I have done.

The event was hosted by Naval Air Station North Island, and as the name of this post implies, the event took place on one of the airport runways. Due to the FOD (Foreign Object Debris) risk we posed to the aircraft, which would be utilizing the runway shortly after our departure, we were limited on what we could bring with us out on the runway. We were allowed to have earphones and phones to play music, but no water, no hats, basically nothing that could get dropped or blown off and be picked up by a jet engine. Even with limited gear at hand everyone completed either the 5K running course, or the 1-mile walking course successfully without issue. We did have to slow at one point to allow an aircraft to pass as it was being towed across the runway from one area of the flight line to another. 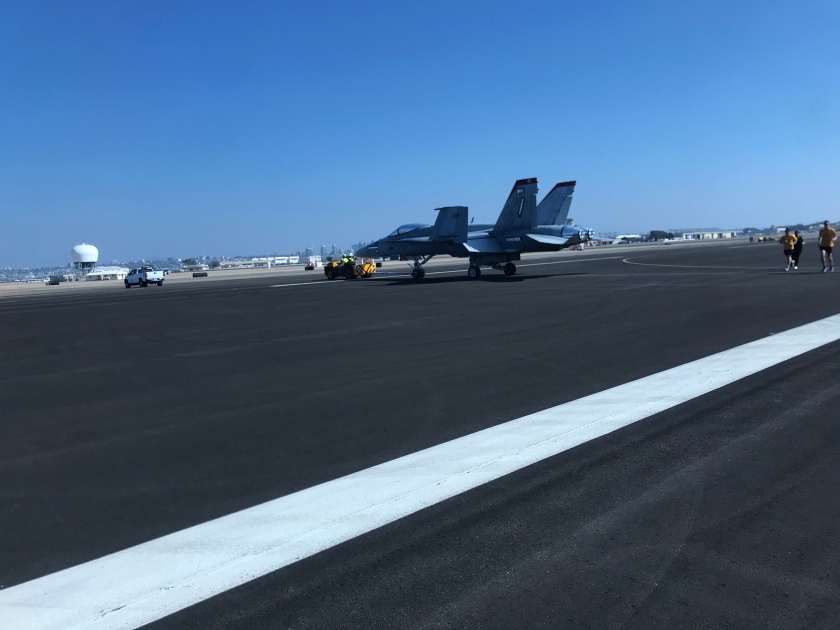 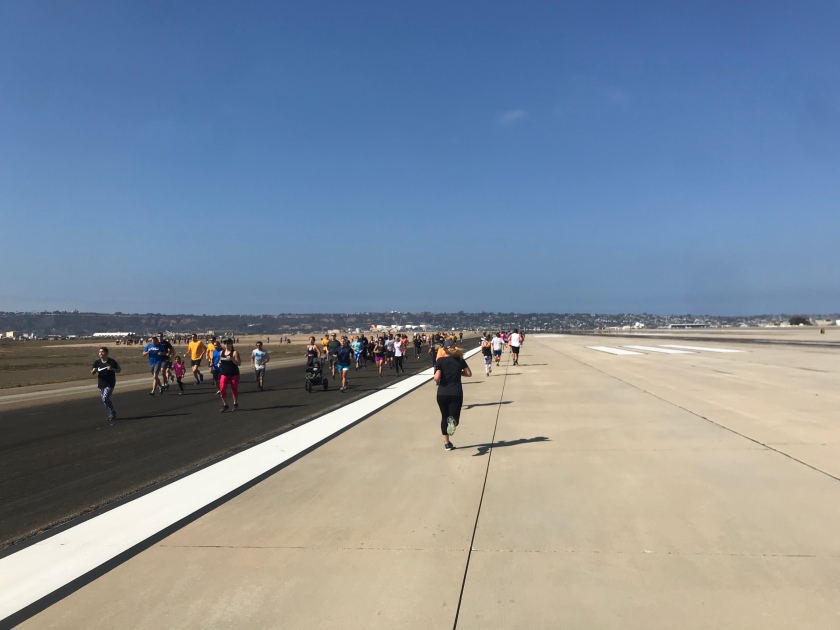 Heather and the kids opted for the 1-mile walking course, so we all participated in the event. At the conclusion of the event we all received very nice Dri-wick T-shirts with a pretty cool logo on them.

Now I can honestly state that I have run from one end of a runway to the other and back again. Thanks North Island for hosting the event, and I will see you next year!