This week we had the opportunity to attend the first annual Navy Region
Southwest Christmas concert by the U.S. Navy Band. This concert was a
combined effort by the Navy band and USO San Diego. We are a huge fan of the
USO, and the San Diego division has been awesome to us as a family. We have
attended free weekly dinners, gotten free food items at regular intervals,
and sent the kids to a week long summer camp for free courtesy of USO San
Dhttps://apps.wordpress.com/get?campaign=calypso-open-in-app#%2Fpostiego. The San Diego community has been truly blessed by the USO. Anyways,
back to the subject at hand. 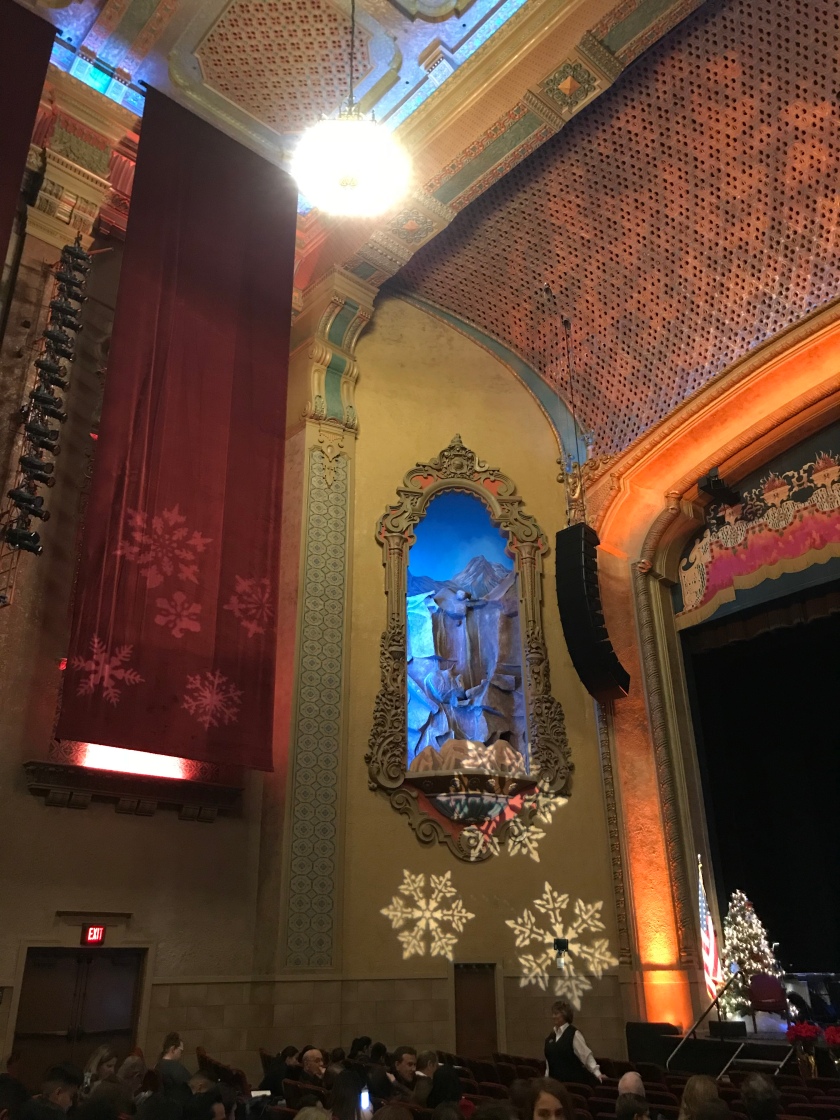 The concert was at the Balboa Theater located in downtown San Diego. The
theater itself boasts tall ceilings, comfy seating, and a balcony with quite
a view. The band performed many traditional and contemporary Christmas songs
including a sing-along session with the audience. There were visits from
Santa Clause and the Grinch. It was truly a great performance lasting around
90 minutes. The Commander of Navy Region Southwest, Rear Admiral Lindsey,
read the Christmas story to all the children in attendance as they were
huddled around him on the side of the stage. After the concert, both Santa
and the Grinch were available for photographs as we exited the venue. Both
of our kids said they really enjoyed the concert and each had a favorite
song from the performance. We are all looking forward to attending again
next year. 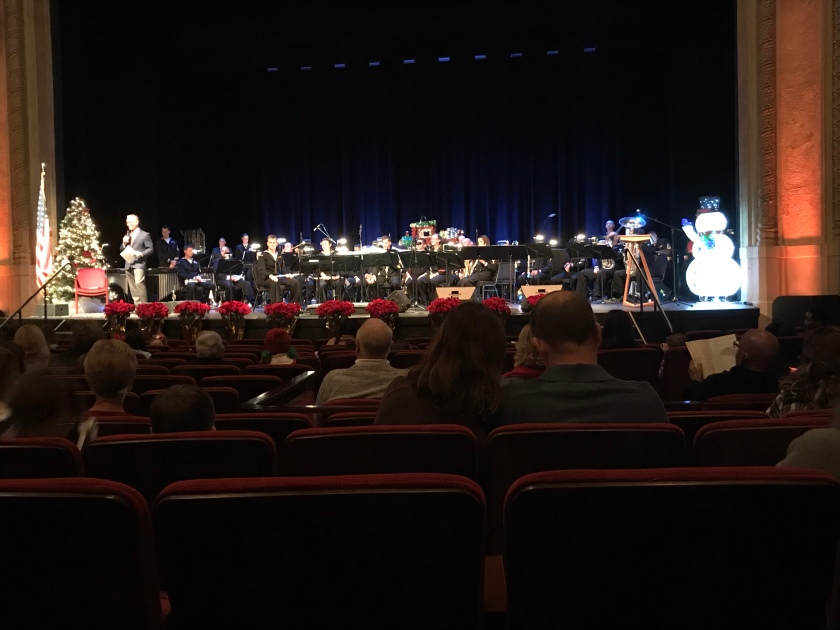 Lastly, there was a special moment mid-concert that I wanted to mention. One
of the band members was due for re-enlistment, and she was sworn back in by
Rear Admiral Lindsey with the call to reenlistment for everyone in
attendance. What a great honor it would be to reenlist with the Rear Admiral
and a theater full of military members standing at attention to witness the
event.