We went to the Fort Worth Stockyards yesterday. We had a fun and interesting day.  My mom and sister and 1 year old nephew are visiting and my poor nephew had been sick for the last 2 days but was feeling much better. By the time we arrived at the stockyards we had already spent the morning visiting the Bureau of Engraving and Printing and found that Pie had come down with a fever. Not to be deterred by such things we gave her some medicine and continued on.

It was fun to explore the shops. There were quite a few little side attractions that we chose to pass on because of the prices but also a few that we chose to stop at. One of these the kids got sit on a Texas Longhorn! 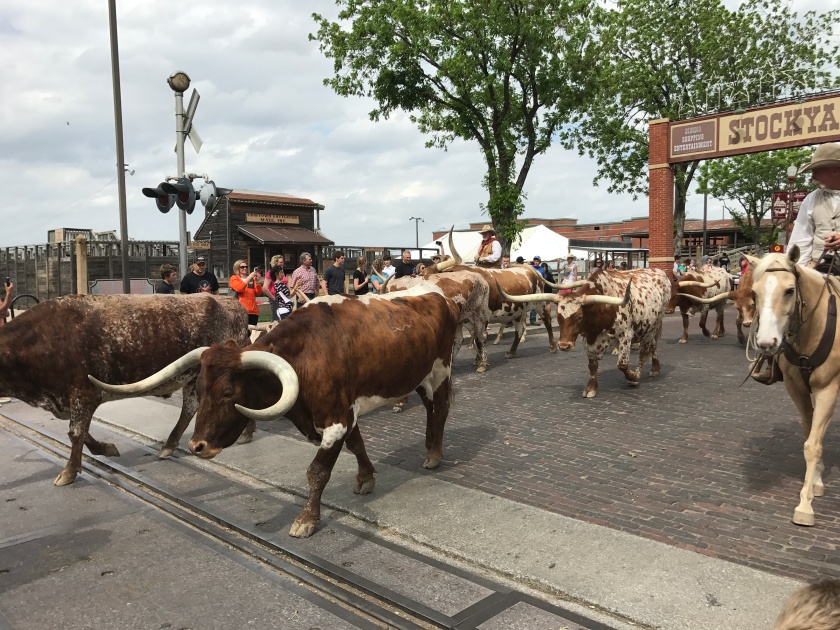 Possibly my favorite part of the day was the “cattle drive” where the Longhorns walk leisurely down the street between pastures.

At some point during the day Bug started dragging. He ended up riding on the front of Miss Kicky Feet’s stroller for a while. The two of them had quite a conversation going on for a while and Bug was pretending to protect us while shooting bad guys with his bow and arrows. By dinner time Bug was also running a fever and was given some medicine. He fell asleep to recharge while waiting on his dinner. 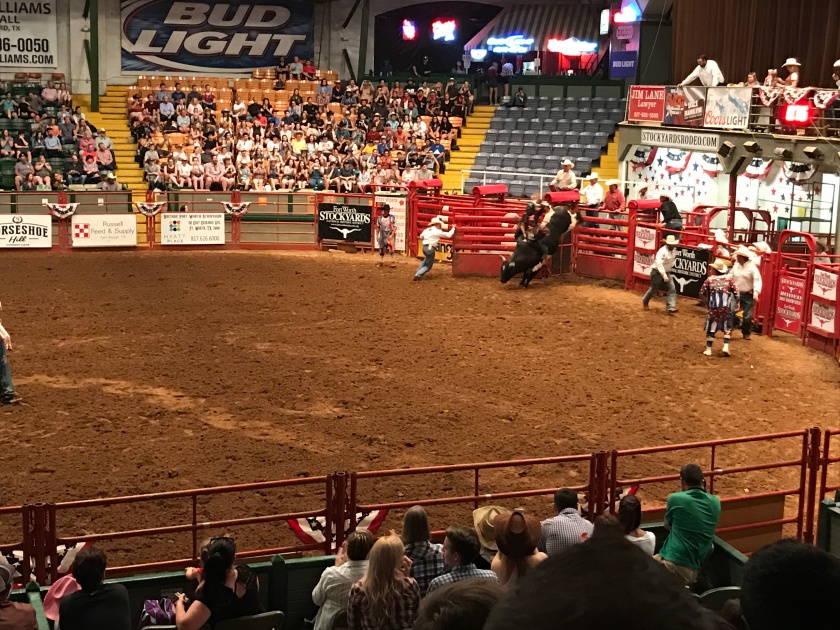 After dinner it was time for the much anticipated rodeo! We all enjoyed watching the bull riding and the barrel races, but were very ready to go home to bed by the time it was over. It was a long, enjoyable, and full day!